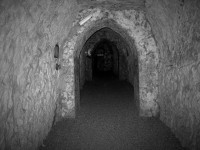 About Us And History Of Paranormal Britain 'PB'

Paranormal Britain 'PB', was started by me, Millii Stewart in 2014. For years, I have experienced dozens of unexplained phenomena, seeing ghostly figures and experiencing cold spots. I have been interested in the paranormal, since before I can remember. One of the first paranormal experiences happened when I was just four years old. I was in bed, looking towards my wardrobe, when suddenly it opened and a black rubbery fingure came out and curled itself around the wardrobe door. I was so terrified, I didn't even dare breath. I asked who was there and no one answered. I quickly pulled the covers over my head and somehow fell back to sleep. I was so petrified! The second paranormal happening occured when I was about six years old. We have always had ornaments on a wooden rack around the hallway and one evening a plate flew off and crashed to the floor for no reason. I remember my parent's were totally shocked, becuase they new they hadn't touched the plate for months and that it was securely stood against the wall. There was no reason for it to fall. Other strange occurences have happened, for example light bulbs exploding and the TV switching channels, when no one is near the remote. The most scariest encounter with a ghost in my own home happened when I was about thirteen years old. I went to let my cat out of the front door, when I saw a hasey mist through the door window, as if someone was stood the other side. Suddenly it looked as if it was bounding towards me and I ran into the living room. My parent's checked if there was anyone outside, but of course there wasn't. A similar occurence happened when I was about ten. I was in the kitchen and through the window, I saw a man walking down my driveway. I thought it was my dad and called to him, when he answered and said he was upsatirs watching TV. Again my parent's checked outside and there was no one there. The most distinctive ghost I have ever seen was a black shape in my hallway. My grandparent's were round for dinner and I just presumend it was one of them, when I suddenly noticed that everybody was accounted for! I have also experienced the paranormal elsewhere. A few years ago I visited Ham House near London. My parent's and I smelt a strong smell of cigar smoke. The strange thing was, no one was smoking! I bought a book about the ghosts which are said to haunt there and that is a documented occurence. A few weeks ago, I went to Knowlton Church and Earthworks and something growled in my ear, whilst I was taking photo's. The most recent occurence was a few weeks ago when I visited the Hellfire Caves and as I was walking up one of the tunnels I saw a man from the corner of my eye. I felt like I was going to walk into him and jumped out of the way, to find seconds later when I blinked there was no one there. I saw his shoes and they were traditional black, leather, laced ones. The most amazing and terrifying paranormal encounter happened a few months ago. I went on a ghost tour in Derby and visited the Friargate cellars. The tour guide turned the lights off and told us to say if we experienced anything. Something suddenly tourched me on the head and then came a cold draft eminating from the back corner. Although there was a draft, I was burning up. There was no regulation in temperature. Then from a sort of sixth sense, I wouldn't call myself phsycic, but I am quite sensative, I saw a black cloaked figure behind me. I had my eyes closed but I knew and could see them standing there, all the details of this figure I can still remember now. Never in my life have I been so terrified, but I feel amazing that I experienced something like that. So whilst I was on holiday in Staffordshire, I decided to start making these documentaries, which is why the first three episodes are about location's in Staffordshire. I am currently making more documentaries about location's elsewhere in Britain, as the UK is steeped in history, and with all the torture and excecution's which have taken place over time, what better place to have so many haunting's and ghost stories to tell. Hopefully these documentaries, will become more successful, and I will eventually put them onto DVD. Hopefully you will enjoy them, and find the haunting's just as fascinating as I do!!!